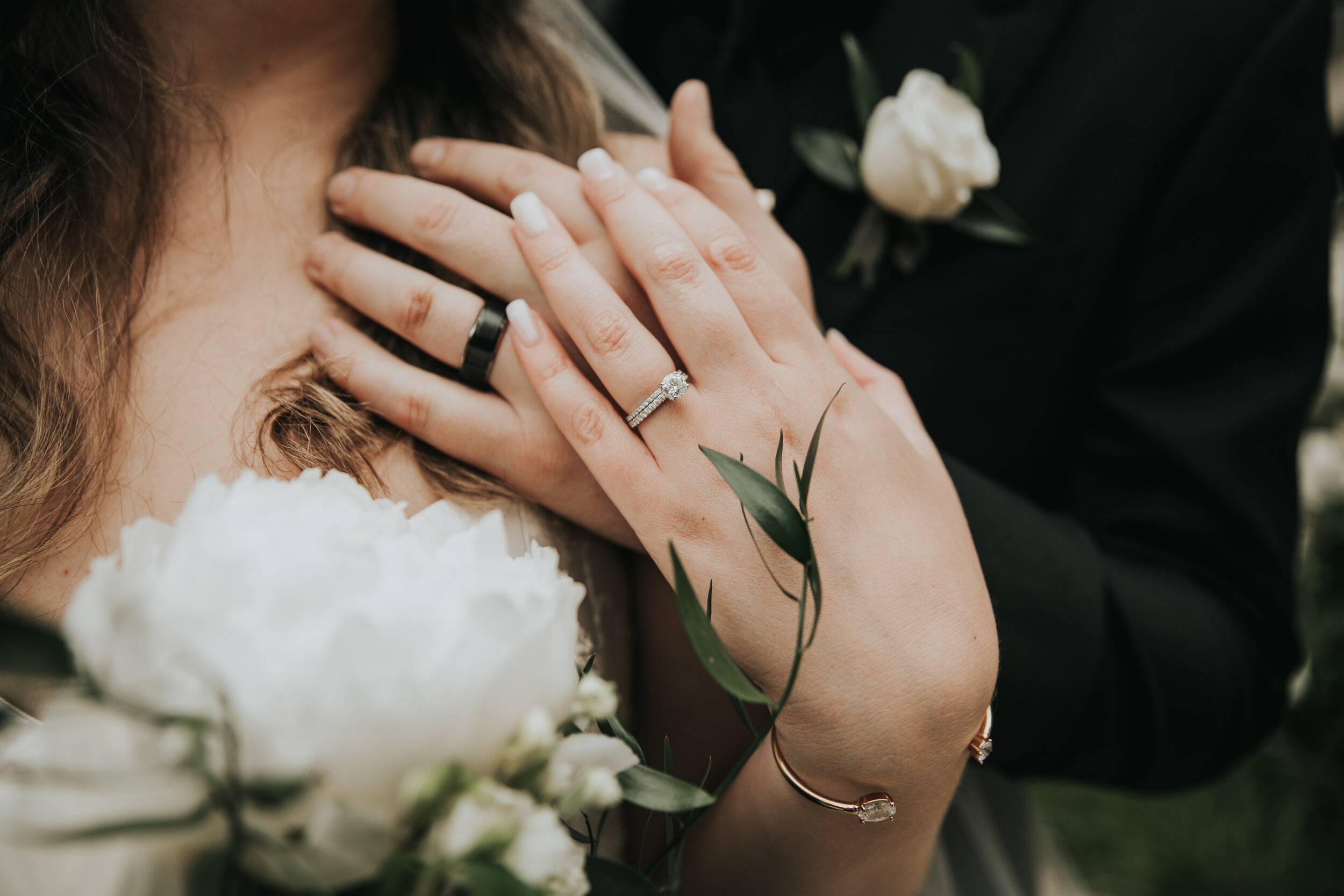 How traditional is your wedding ring?

We recently looked at the history of bridesmaids and groomsmen and how they became the tradition we know.
Today at Engage Weddings, we are looking into the history of the wedding ring!

We can trace wedding rings back to the ancient Egyptians when rings were created out of braided hemp or reeds, the circle being seen as a symbol of eternity. These were worn on the fourth finger of the left hand, as the vein of love ran from that finger to your heart. It didn’t take long for the more wealthier couples to replace the fragile hemp or reeds with something more long-lasting, such as leather, bone, or ivory. This ring of love reflected the couple’s commitment to each other, something which still holds true today!

The ancient Romans and Greeks continued this trend as the Christian marriage ceremony as the minister recited their binding prayer. Whilst saying “in the name of the Father, the Son, and the Holy Spirit”, the minister would touch the thumb, forefinger, and then the middle finger. Placing the ring onto the ring finger as they spoke “Amen”. It was during this time that the first instance of a gold or silver ring occurred.

During the 15th century, it became quite popular to engrave your wedding ring, with gimmel and posie rings quickly following. Gimmel rings were a set of two interlocking rings after an engagement one was worn by both the groom and bride to be, with them being reconnected on the bride’s finger on their wedding day. A posie ring was usually silver and was engraved with a poem or verse, this quickly gave way to a more personal message.

During the second world war, new restrictions in Britain bought about the utility wedding ring, this meant that rings could not be forged at a higher carat than nine, rather than the traditional 22. These rings were then required to be hallmarked to ensure they complied with the new regulations. It also became popular for servicemen to wear their wedding ring whilst at war as a sign of commitment, and the promise of a wedding on return.

Now there are no rules when it comes to your wedding ring, couples choose a cut, stone, or style that best reflects them and their love. However, wearing it on your ring finger is something that has never gone out of style!

← A Sustainable Urban Café Elopement Intimate Bridal Shower Ideas →
We use cookies on our website to give you the most relevant experience by remembering your preferences and repeat visits. By clicking “Accept”, you consent to the use of ALL the cookies.
Cookie settingsACCEPT
Manage consent

This website uses cookies to improve your experience while you navigate through the website. Out of these, the cookies that are categorized as necessary are stored on your browser as they are essential for the working of basic functionalities of the website. We also use third-party cookies that help us analyze and understand how you use this website. These cookies will be stored in your browser only with your consent. You also have the option to opt-out of these cookies. But opting out of some of these cookies may affect your browsing experience.
Necessary Always Enabled
Necessary cookies are absolutely essential for the website to function properly. These cookies ensure basic functionalities and security features of the website, anonymously.
Functional
Functional cookies help to perform certain functionalities like sharing the content of the website on social media platforms, collect feedbacks, and other third-party features.
Performance
Performance cookies are used to understand and analyze the key performance indexes of the website which helps in delivering a better user experience for the visitors.
Analytics
Analytical cookies are used to understand how visitors interact with the website. These cookies help provide information on metrics the number of visitors, bounce rate, traffic source, etc.
Advertisement
Advertisement cookies are used to provide visitors with relevant ads and marketing campaigns. These cookies track visitors across websites and collect information to provide customized ads.
Others
Other uncategorized cookies are those that are being analyzed and have not been classified into a category as yet.
SAVE & ACCEPT